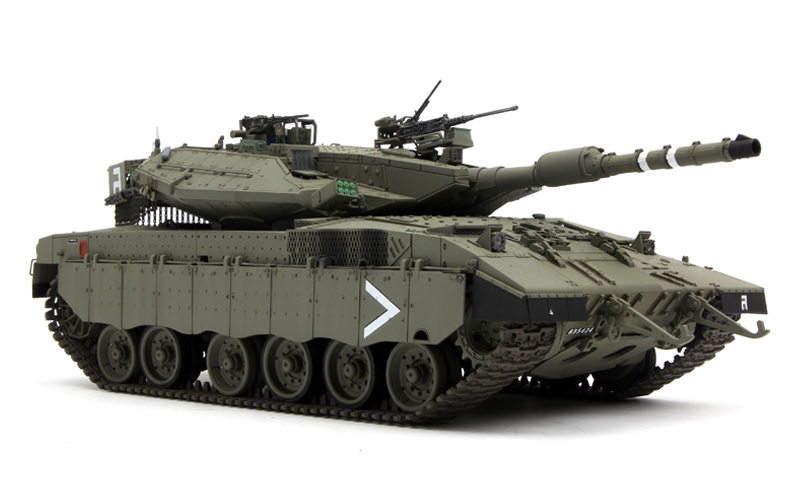 The Merkava Mk.3D tanks are in large service in the IDF both in regular brigades and reserved ones. It’s equipped with a 120mm smooth bore gun and advanced fire control system called BAZ (glaring lightning). A 1200hp air cooled engine, a new transmission and new heavy duty final drives are located in the front of the hull. The Merkava Mk.3D suspension is based on individual trailing arms suspended by rotary shock absorber and individual coil spring sets. It took action in the 2nd Lebanon War in 2006, Operation Cast Lead in the Gaza Strip in the winter of 2009, Operation Protective Edge in the summer of 2014 and many other security activities along the Israeli border. The armor in the front and on both sides of the turret of the Merkava Mk.3D Late is modified. In order to operate the Merkava Mk.3D tank in anti-terror and LIC (low intensity conflict) roles in the Gaza Strip and in the South of Lebanon, more features are added, like a more advanced armor suit, front and rear towing horns for recovery and a under hull belly armor, as well as protection to the sights and lights. 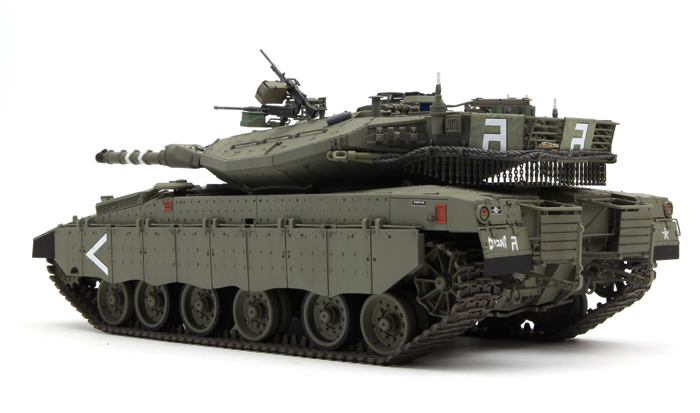 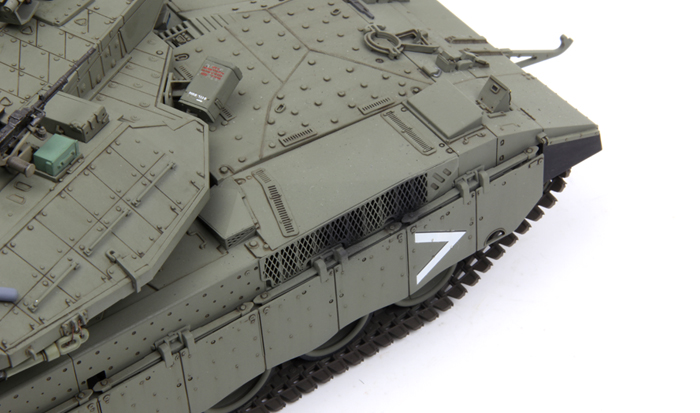 PE Parts Are Provided To Replicate The Fine Grills On The Vehicle. 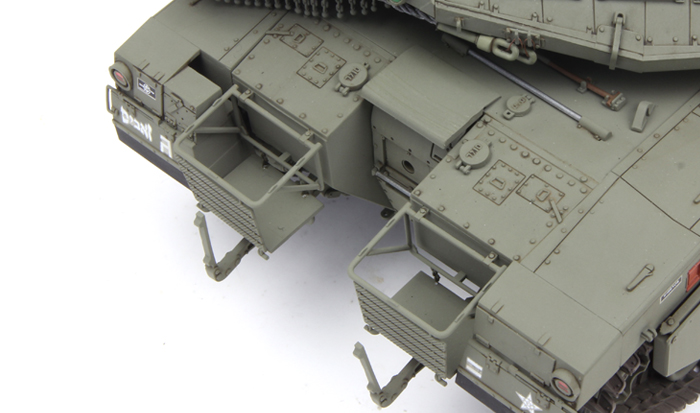 The Thin Storage Baskets Are Perfectly Reproduced By Plastic Parts. They Are Easy To Assemble. 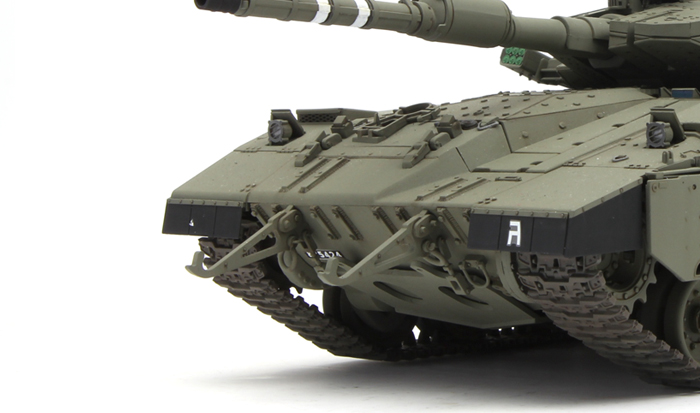 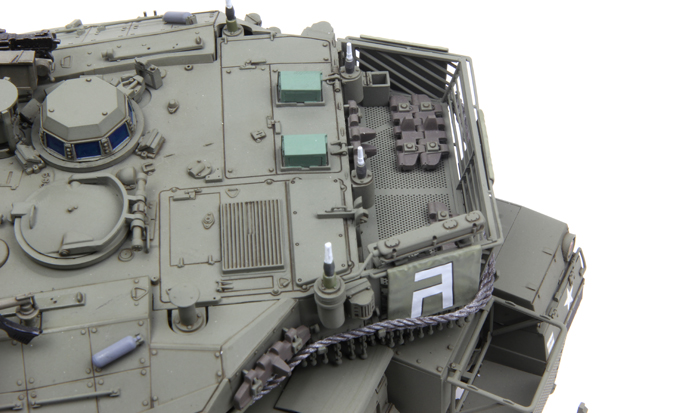 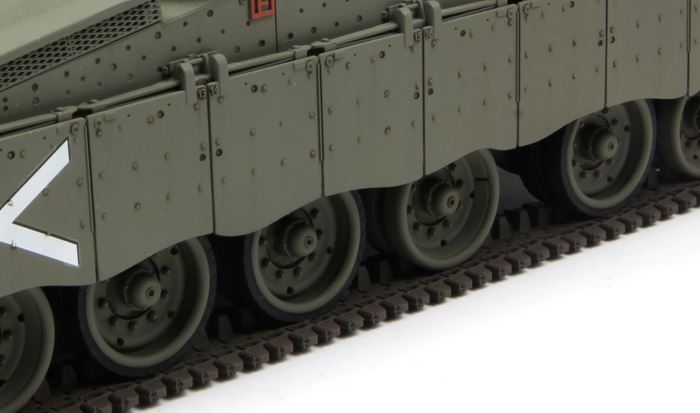 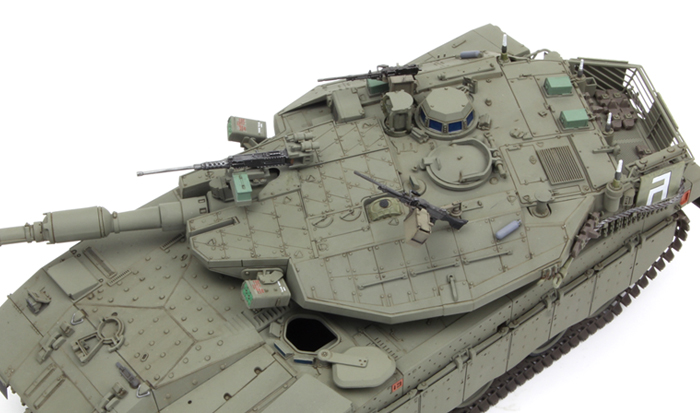 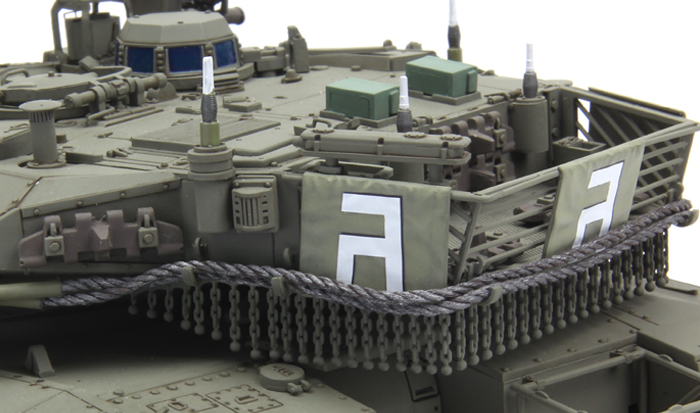 The Very Realistic Ball And Chain Armor Is Very Easy To Assemble.

This Kit Contains Grey, Brown And Clear Plastic Sprues, A PE Fret And A Decal Sheet.