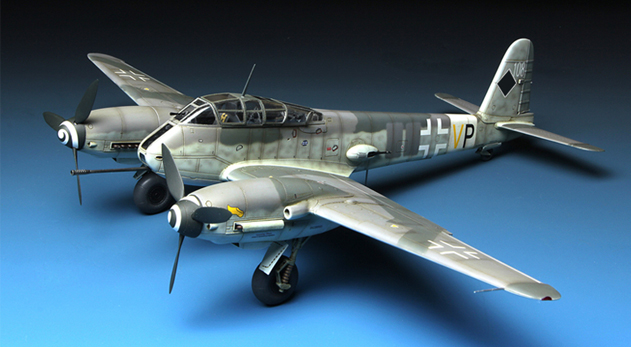 Messerschmitt Me410 B-2/U4 Heavy Fighter
The Messerschmitt Me410, nicknamed the Hornisse (“Hornet”), was a German heavy fighter and Schnellbomber used by the Luftwaffe during World War II. It was developed from the Me210 and fitted with a more powerful Daimler-Benz DB 603A engine, which greatly improved its flight performance . A BK5 50-mm cannon was added to the Me410B-2/U4，which greatly enhanced the combat capabilities. Hence it was called“bomber-killer”.

KIT INFO
This 1/48 scale Messerschmitt Me410 B-2/U4 heavy fighter plastic model kit perfectly replicates beautiful lines of this aircraft; detailed cockpit and engine are precisely represented; barbettes in the middle of the fuselage are rotatable; angle of flap, aileron, elevator and rudder can be selected; engine radiator can be modeled open or closed; two types of bombs are included; two paint schemes are provided.
Length: 263mm, Wingspan: 340mm. 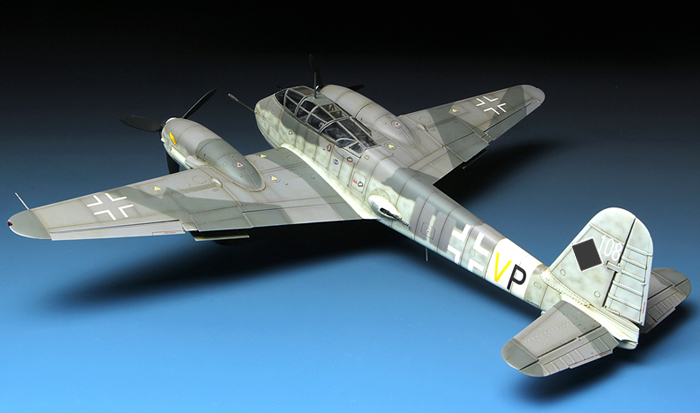 The unique fuselage shape was perfectly reproduced, with a position-able flap angle. 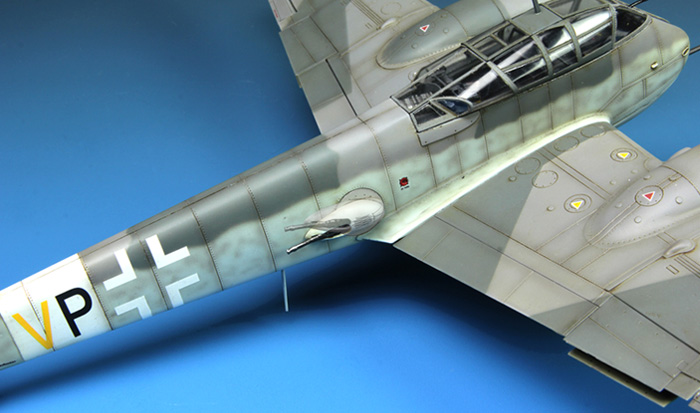 The gun turret in the center of the fuselage is movable, while the gun can rotate transversely. 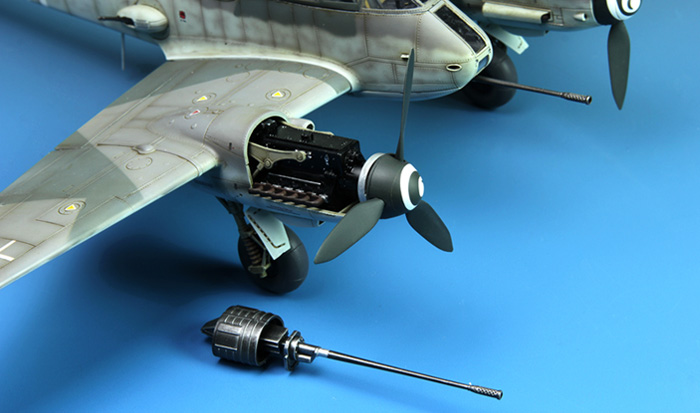 Accurate engine assembly with precise details for the main guns. 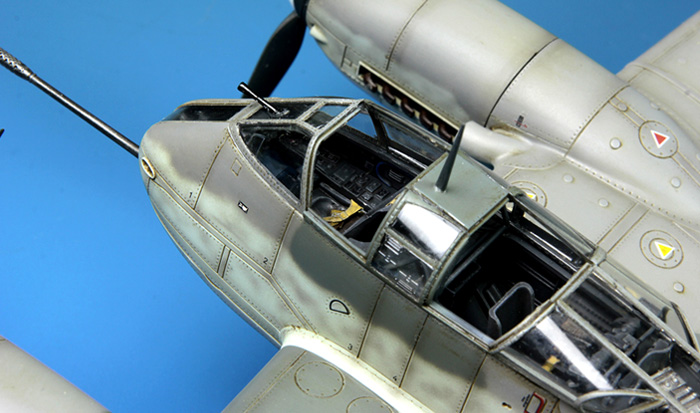 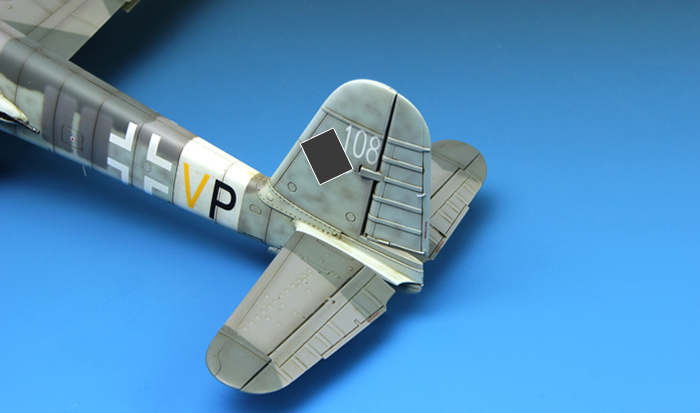 Realistically reproduced vertical fin, with a various position for the rudder can be selected. 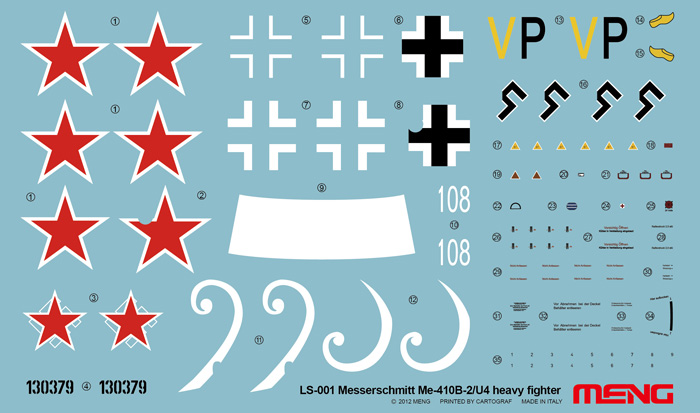 Delicate decals are printed by, the globally known manufacturer, CARTOGRAF.

The fine details of the streamlined engine cowlings and landing gears are well presented. 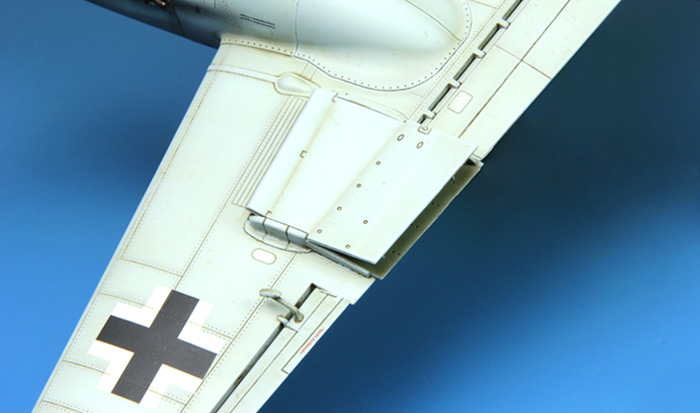 Accurate engine radiators as per the real plane, with either an open or closed position. 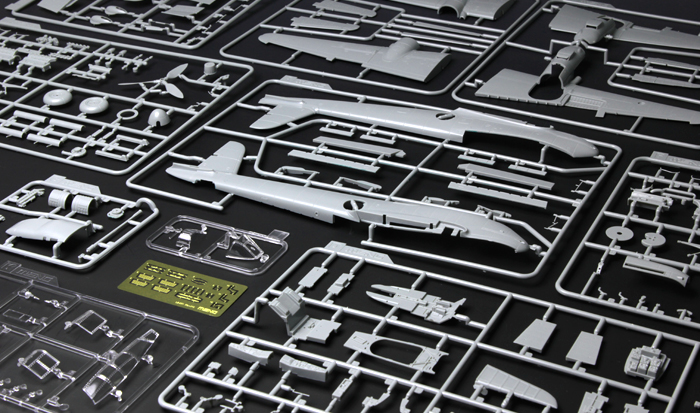 This kit consists of grey sprues, clear parts, and a fine PE fret.