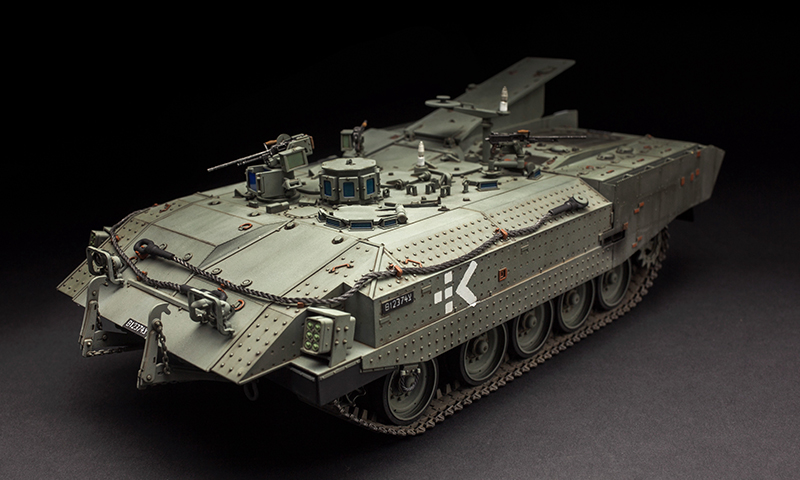 The Achzarit heavy armoured personnel carrier (late) is updated from its early version. It received a modification of its suspension where original wheels and tracks were replaced by Centurion wheels and new reinforced tracks. It’s equipped with an OWS (Overhead Weapon System) and also with a pair of smoke grenade launchers in the front of the hull. This vehicle is the cutting edge of the Mechanized Infantry of the IDF, and it saw service during the 2nd Lebanon war in 2006, operation “Cast Lead” in 2009 and “Pillar of Defense” in 2012, as well as in operation “Protective Edge” in July 2014. 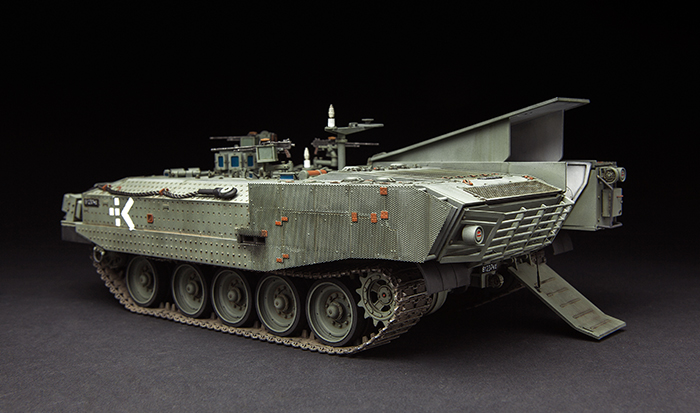 The Rear Part Of Hull Is Big And Attractive 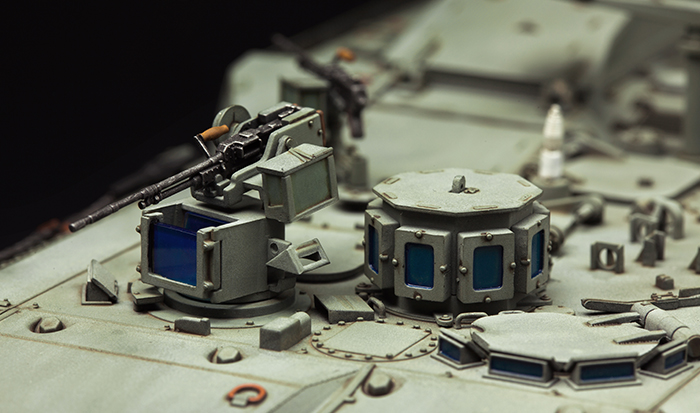 Machine Gun Station And Other Details On The Roof Armour Are Perfectly Represented. All Hatches Can Be Modeled Open Or Closed. 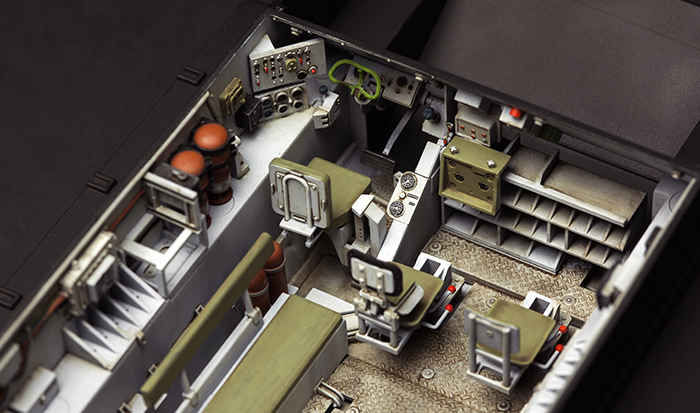 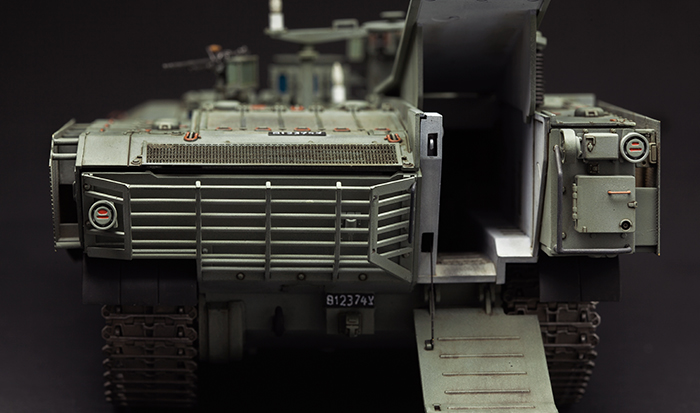 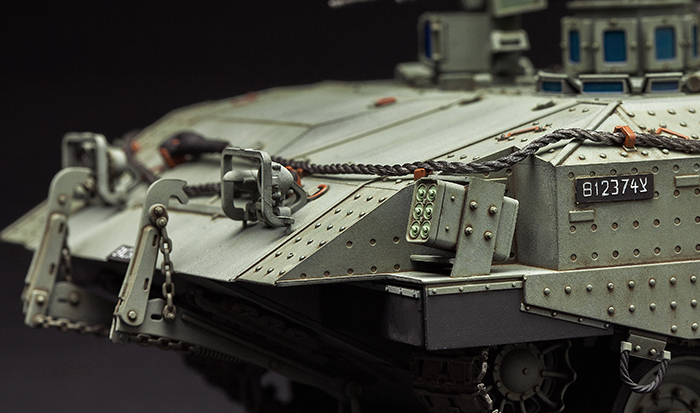 Towing Hooks On The Front Of The Vehicle Are Realistically Reproduced. 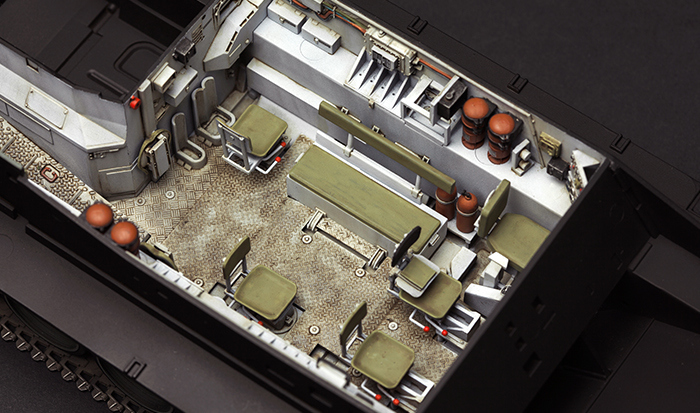 The Interior Of Crew Compartment Is Well-Detailed. Anti-Slip Surface On The Floor Can Be Seen Clearly. 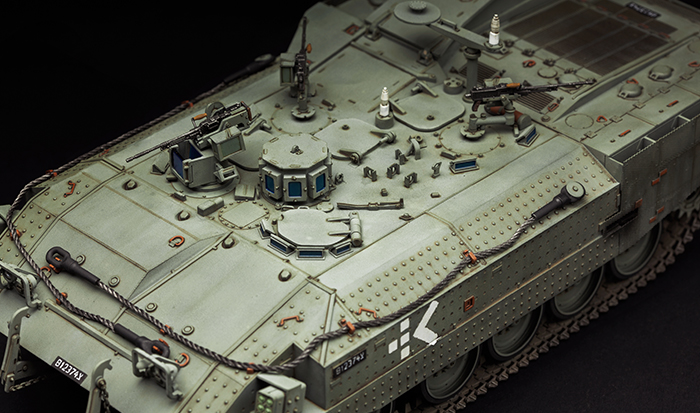 Various Parts On The Roof Are Realistically Represented. 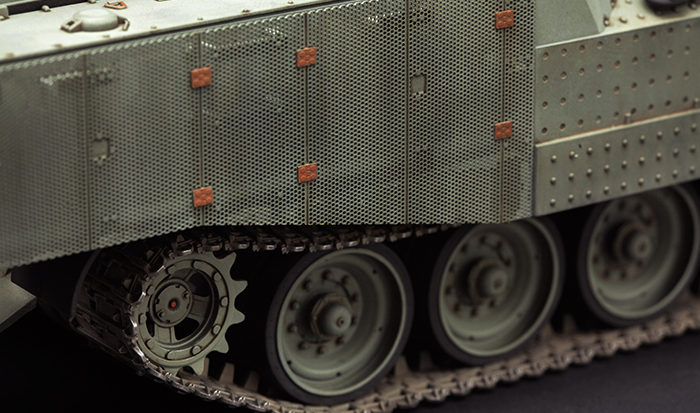 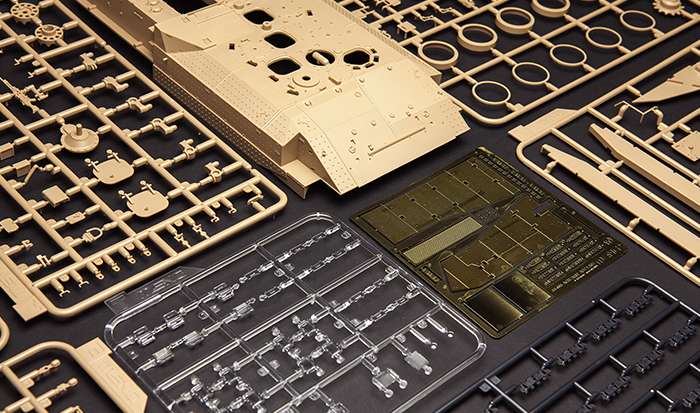