The Panzerkampfwagen E-100 was a German super heavy tank design developed during the end of World War II. It was proposed that the E-100 be the basis for a heavy artillery system, an anti-aircraft vehicle, and a heavy tank destroyer.

In 1944, the factory only managed producing the lower hull for the prototype, without the turret. In 1945, the prototype fell into the hands of the Allies and was transferred to the United Kingdom in June 1945 for tests, to be later scrapped.

This newly tooled 1/35th kit of the German E-100 Heavy Tank from Trumpeter is almost 30 cms in length and consists of over 250 parts. The kit features a side mold lower, upper hull, and turret with fine details. 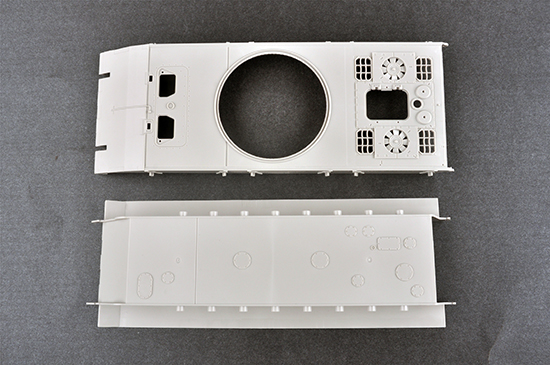 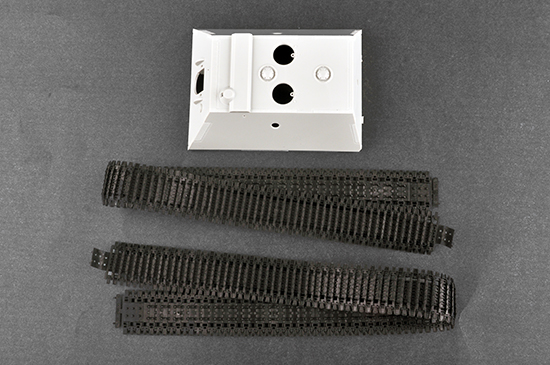 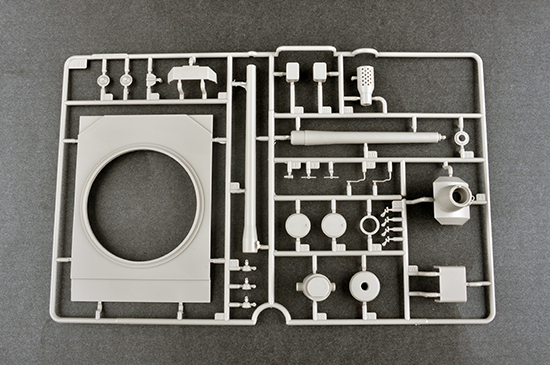 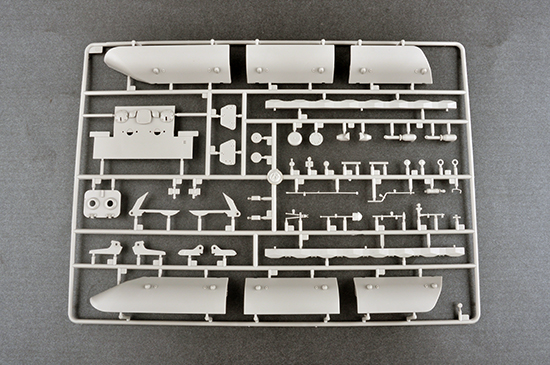 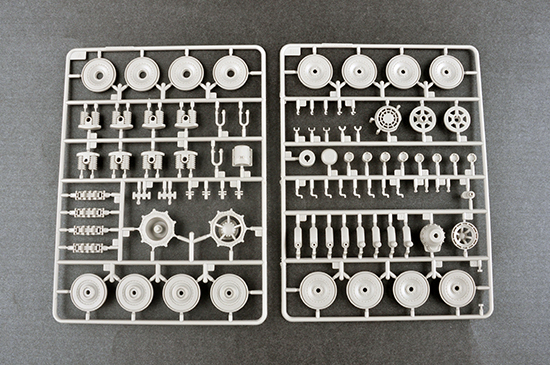 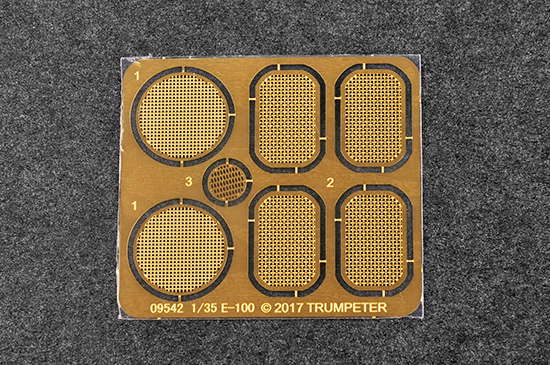 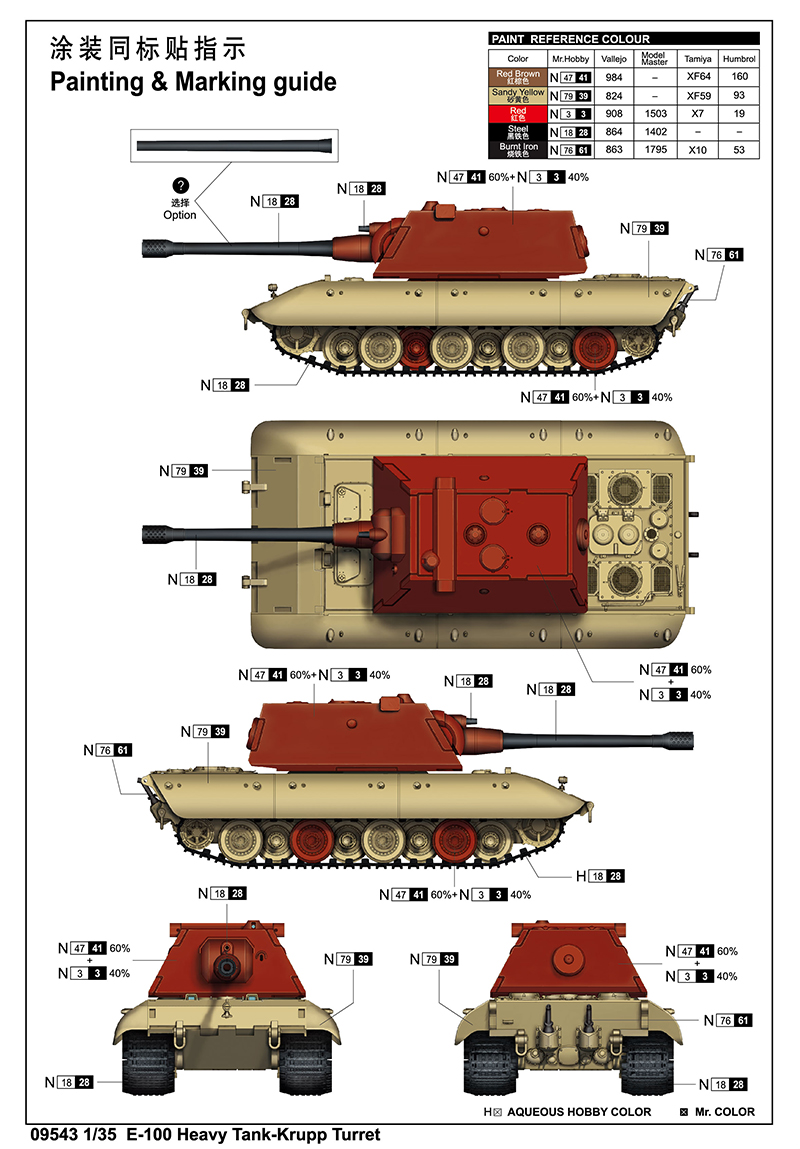